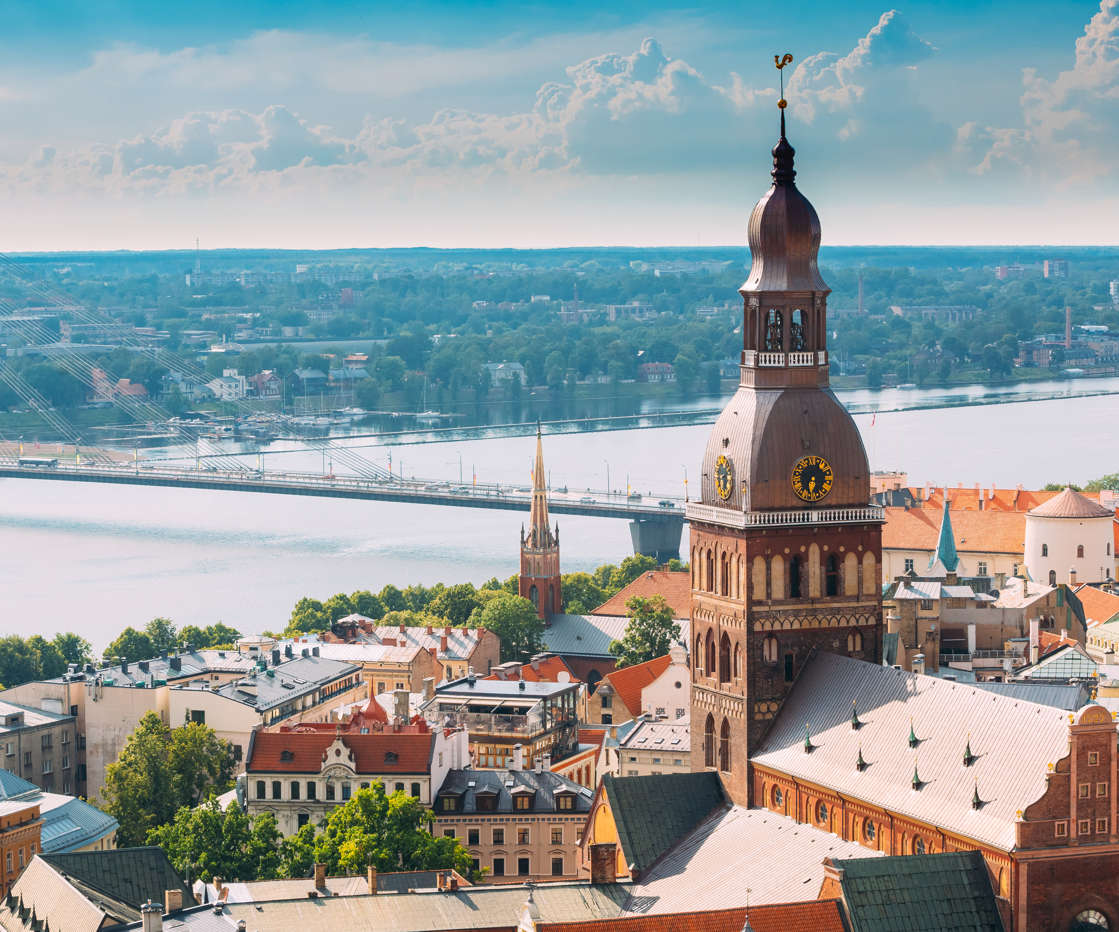 Older than both St Petersburg and Stockholm, and easily the largest and grandest of the three Baltic Republic capitals, Riga is the Baltic Sea’s sleeping leviathan. Once hailed as the “Paris of the North” by Graham Greene, the Latvian capital is only now finally starting to enjoy a tourist renaissance, led by a boom in cruise ships.

It is easy to see why savvy cruise passengers are starting to cotton on to a metropolis I’ve been writing about for two decades, an oasis awash with history that is never content to rest on its hard-won laurels.

As the author of three books on Latvia – and dozens of articles – I’ve watched Riga’s rebirth unfold first hand on multiple visits to a city that I find it impossible to stay away from. On my first foray here in the Nineties Latvia had just thrown off the shackles of the Soviet Union and the city was still tinged with a drab of Soviet grey. Enough of its deeply dramatic historic core shined through, though, to hint at what it could become. Riga is now on a seemingly inexorable rise. The country became a Nato and European Union member in 2004, three years after the capital celebrated its 800th anniversary, kicking off its slow-burning rebirth. 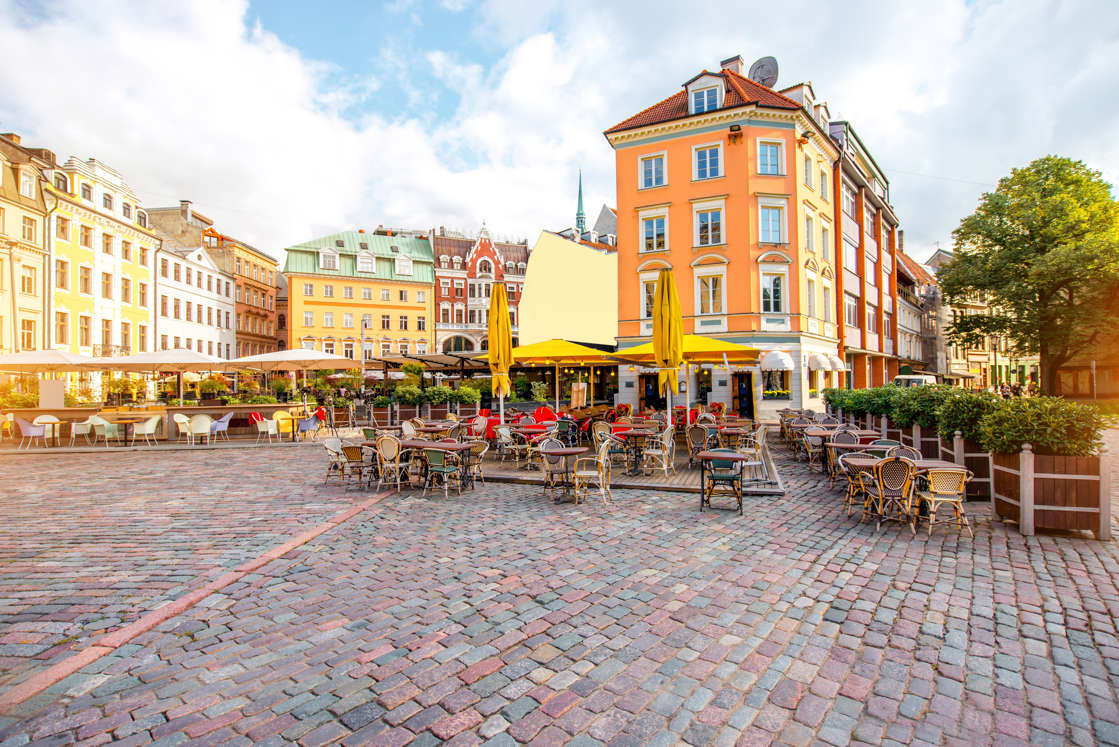 © Getty Dome square with cafes and restaurants in the old town center in Riga, Latvia

Any lingering anachronistic images of Communist-era deprivations are quickly blasted away by a stroll around the city today, with its gleaming renovated buildings, fashion-conscious youth and the swathe of bright new bars and cafés that are popping up everywhere.

On a sunny day, as the smart office workers vie for space in pavement cafes in the city’s grand squares with students clad in all the latest designer clothing, this could be indeed be Paris.

With the advent of budget airline flights to Riga, an unwelcome type of tourist started to arrive as the city’s famously lively nightlife scene attracted stag and hen parties. Over the last few years the worst party excesses have been reined in and now cruise passengers have become key.

The tourist authorities and the Port of Riga have been working hard and their efforts have borne fruit. In 2014 only 58 cruise ships visited with 60,800 passengers aboard. By 2017, this had mushroomed to 87 vessels carrying almost 90,000 visitors to the city. These numbers are still tiny compared to the likes of Stockholm and St Petersburg – the latter can welcome almost 20,000 passengers in a single day – meaning Riga remains relatively, and pleasantly, devoid of the crowds.

It won’t end there as Ansis Zeltiņš, CEO of the Freeport of Riga, explains: “The cruise industry in the Baltic Sea region is developing very rapidly. We at the Port of Riga are also happy that the numbers of visits of cruise ships and the numbers of cruise passengers are growing. In the new Freeport of Riga development programme, we have set a goal to make Riga an important cruise port in the Baltic Sea region.”

A key part of attracting more cruise ships is the ambitious Krievu Island project. Cargo is mercifully being shunted out, leaving a 600 metre pier free for cruise ships. 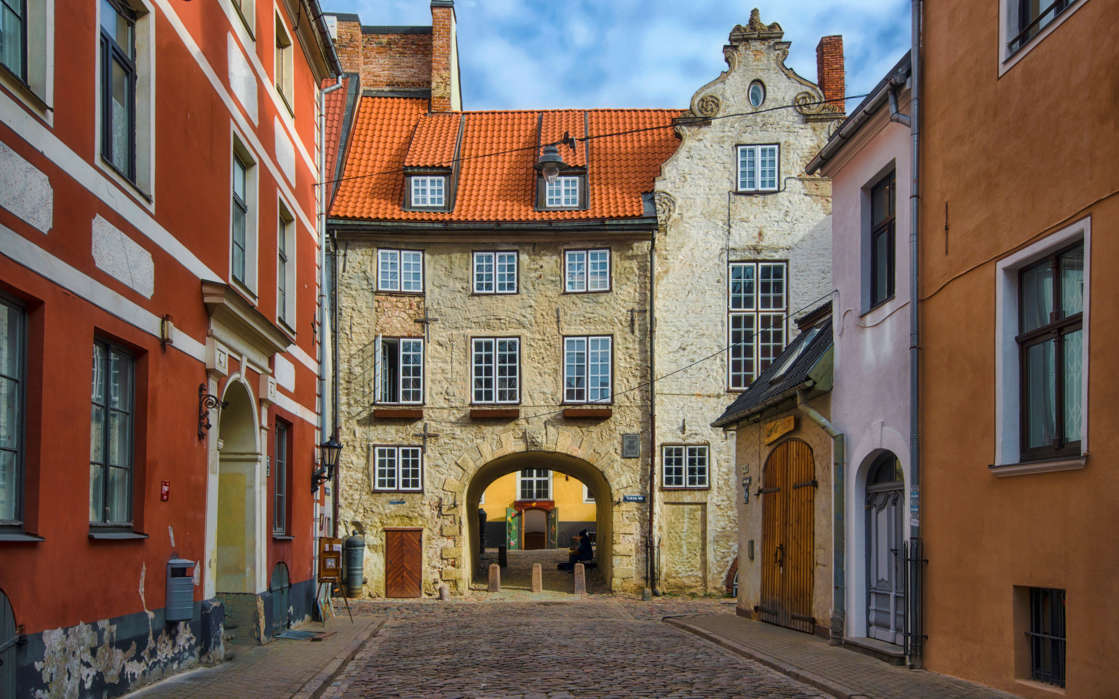 © Getty The Swedish Gate is situated in Riga, Latvia, and was erected 1698 as a part of the Riga Wall to provide access to barracks outside the city wall. Photo taken in April.

Edgars Sūna, deputy manager for Port Development, says: “Cruise passengers will be ensured access to the city centre on the right bank. This gives us an opportunity to efficiently handle the current flow of cruise ships, but also to implement an ambitious plan to make the Port of Riga a place where cruises both start and end.”

Riga’s charms are both myriad and manifest. Its chocolate-box pretty Unesco World Heritage listed Old Town is laced with vaulting church spires and sweeping squares. Easing over the cobbles feels like sifting through the dusty pages of a historical novel.

The capital also boasts Europe’s most impressive German Art Nouveau, or Jugenstil, quarter, also recognised by Unesco. This lies across Bastejkalns Park in the New Town, the commercial heart of the city, whose broad avenues are as awash these days with chic shops, bustling bars and excellent restaurants.

Never a city to rest on its laurels, more investment is funnelling in to make Riga even more attractive to cruise ship passengers. A glorious microcosm is Riga Central Market, Europe’s largest market. Once a symbol of the deprivations of the old Soviet Days not only has it become a tourist attraction with its countless stalls, but a new Gastronomy Pavilion has just been added with 300 stalls brimming with fresh produce. This is the place to try the local delicacy of rye bread with herring, traditional grey peas and potatoes. You can pick up a swathe of characterful souvenirs here, with old Soviet memorabilia always popular.

Attractions across the city are following suit. The Riga Motor Museum, for example, has also been revamped with greater accessibility to its impressive collection of over 100 antique vehicles. The new multimedia exhibits are designed to appeal to all the family. The Latvian National Museum of Art has been given a new lease of life with a major revamp. It now offers an expanded collection spread across seven floors and visitors have access to its attic and cupola for the first time.

With such existing riches and a determination to keep improving Riga should really be on your cruise radar for 2019 and beyond. The Latvian capital may be getting more popular, but it’s not yet nearly as busy as other destinations, such as St Petersburg and Stockholm. And, of course, this gloriously intriguing, reawakening Baltic giant can boast that that she is older than both those young upstarts